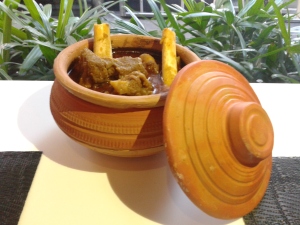 Calcutta is pilgrimage for foodies … Calcutta is one place where one can find all types , all kinds of food and cultural influences in the food …

There are many places in Calcutta where one can enjoy the flavors of Mughlai or MOGLAI when in Calcutta … But one place where one can have fine dining experience as well as have best Mughlai flavors … At Jameson Shiraz Kolkata , GT Route ( Kabut to Kolkata ) … As name says it all from Kabul to Kolkata AVADHI CUISINE AND BENGALI CUISINE one place food that talks … flavors which make tongue rolls …

At GT ROUTE , had opportunity of learning and interacting with Executive Chef Rupam Banik . He shared the story of how Mughlai becoming MOGLAI in Bengal. 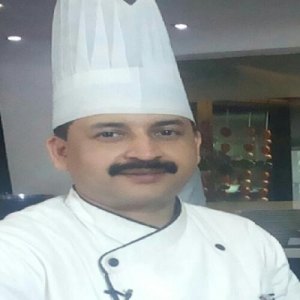 Bengal has been ruled by Muslim governors since the days of the Delhi Sultanate, five short-lived, Delhi-based kingdoms or sultanates, of Turkic origin in medieval India. However, for more than 500 years, Muslim rule in Bengal was centred in Dhaka. Trade routes going from Delhi to Dhaka traversed almost the entire width of today’s Bengal, crossing most major rivers. Present-day West Bengal first came into prominence when Murshid Quli Jafar Khan became the first Nawab of Bengal under the Mughals in 1717, and moved the capital from Dhaka to the newly founded city of Murshidabad much further to the west and closer to Delhi, the seat of the Mughal Empire. Dhaka evolved a vibrant cuisine based heavily on the influence of the Mughal courts, popularly called Mughlai (or Moglai) cuisine and characterised by rich sauces and a generous use of meat. 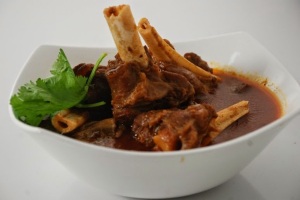 While deriving from Mughlai cuisine, Awadh preferred mutton to beef and was liberal in the use of attor (“essence”) of aromatics such rose or ketoki. This is the other reason a shift occurred from using beef to using mutton instead. The recipes that have a Mughal Bengali influence do not use mustard, like the recipes that are traditional to Hindu Bengali’s .The reason mustard was not used is that it was not appreciated much by the Mughals and was avoided.

From Land of MOGLAI , CHEF Rupam Banik shared his favorite dish recipe with us .Would not find a single person who is fan of Awadhi cuisine not like this dish which is essence of Awadh . Nali Nihari from Street to alleys of Fine dining … Nali Nihari finds it’s place in menu , on plate as well as in our hearts . 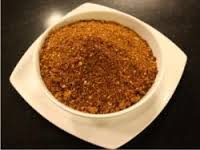 Grind the roasted spices along with roasted chana dal powder. Heat the ghee in a deep non-stick pan. Add the onions and sauté till well browned. Add the lamb and two tablespoons nihari masala and sauté for eight minutes. Add six cups of water, fried onions and salt. Cook for forty five minutes or till the lamb is soft. Add the nalli stock and the remaining nihari masala and mix well. 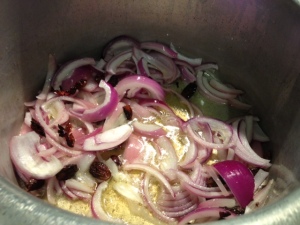 Combine whole wheat flour with six tablespoons of water in a small bowl, ensuring that there are no lumps. Add this to the lamb and continue to simmer till the gravy thickens. Sprinkle the lemon juice, garnish with the ginger strips and coriander leaves and serve hot. 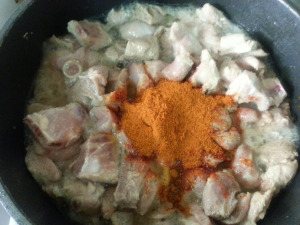 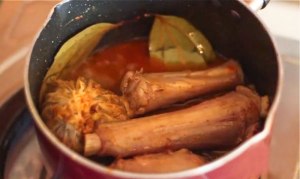 Nalli Nihari goes with any thing … Pullao or Romali Roti or just with Khamiri Roti … When preparing in house serve it with even Phulka . It just taste awesome … Make it home with Chefs recipe and Iam sure people would be licking their fingers … Celebration would start as in kolkata the celebrations have started for Kali Pooja and Diwali … 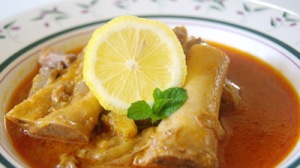 Happy Diwali to all