Best way of Understanding a Nation is through understanding the People’s  eating Habits or Food . Recently I visited Grand Hyatt Mumbai  , where Indonesian Food festival was organized at their Restaurant Fifty Five East and had pleasure of interacting with Visiting Chef from Indonesia – Chef Teuku

The ‘typical’ Indonesian meal might be described as being based on rice, with several savory side dishes of vegetable, fish or meat or poultry, accompanied by chilli-hot condiment or sambal, with peanuts, crackers (krupuk) or fried shallots to provide a crunchy contrast. Born in Jakarta,Chef Teuku is excited to create an amalgamation of wondrous fresh vegetables, soft flavored breads together with some exotic spices and his favorite dash of delicacy. 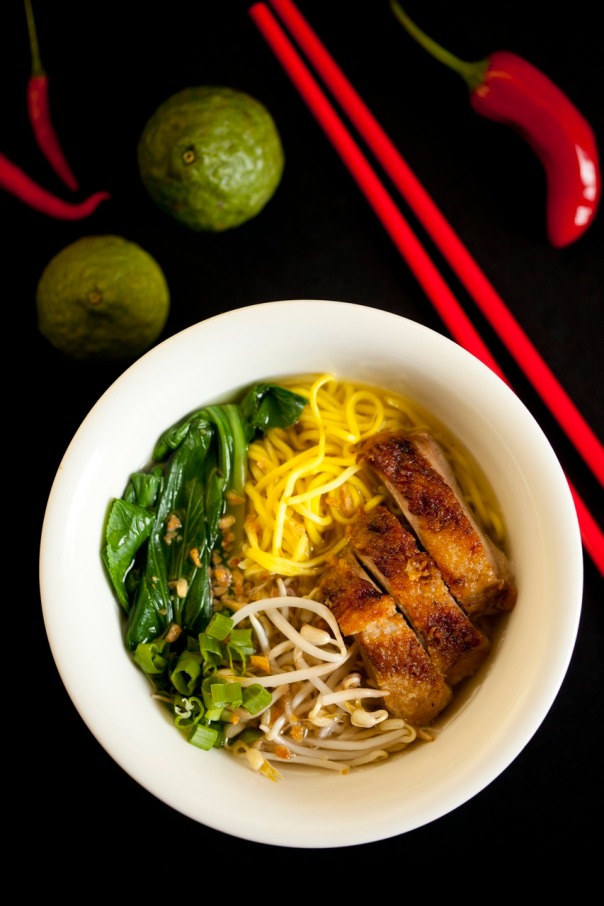 Soto is sometimes considered Indonesia’s National Dish,  Soto is omnipresent in Indonesia, available in many warungs and open-air eateries on many street corners, to fine dining restaurants and luxurious hotels.

Madura is one small Island east of Java Island in Indonesia, that’s where this food comes from. But even though this dish from that place, you can find it anywhere Nationally. Beside this beef soup, Madura also common known with Coconut Satay (beef coated with grated coconut satay).We usually eat this spicy soup with white steamed rice, “sambal” (ground chilly), fried shallot, sprinkle with chopped parsley or celery and spice up with lemon juice said Chef Teuku

So Today keeping in Mind , India Religious sentiments , Chef has shared with us the recipe of

* Boil Chicken until done. Drain and cut into bite-sized slices.
* Remove the tails of bean sprouts, boil until half done
* Boil rice noodles separately
* Keep these in separate plates
* Cut Indonesian parsley and scallions
* Grind shallots, and brown it for a little bit
* Skin and cut ginger
* Make chicken stock using chicken bones boiled in water for about an hour. Remove bones, and put in salt, pepper, ginger, and shallots.
* Serve the soto by putting the chicken , bean sprouts, noodles into a bowl. Pour soup into it.
* Sprinkle with Indonesian parsley and scallions.